The house was built in the early 1900s and probably went through a remodel in the the 40s. It was really old and out of date…like, REALLY old! That’s where I began. So what I did was a complete update that brought it into the modern era but I tried to incorporate lots of period design elements. That’s what I’d like to emphasize because the goal was to make the kitchen feel like it belonged to the house AND give her a ‘modern working environment.’ I had the cabinet maker create custom shaped aprons for the bottom of the cabinets, I used reeded glass which is not exactly true to the 1910s but gives the cabinets a more “circa” look. I also chose an apron front farm sink and cabinet hardware that smacks of that era. And, because the whole thing is white (boring!) I lighted the inside of the cabinets and gave her some colorful pottery to bring a little pizzazz. We really transformed a rundown, old space into a new, beautiful, modern, working kitchen! 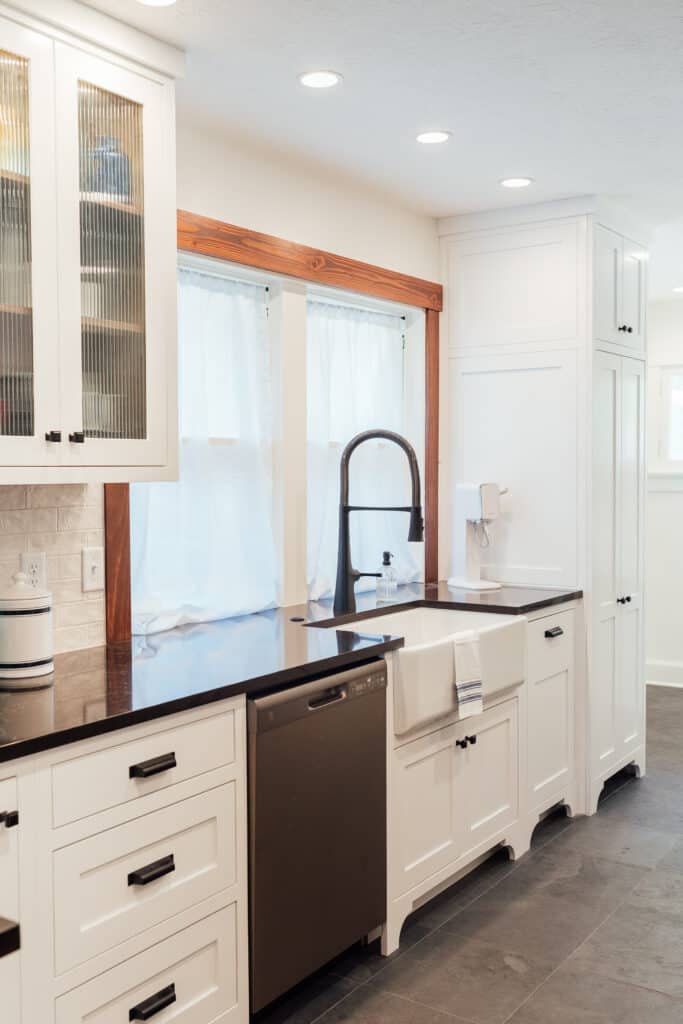 We would love to hear from you!
Click the button below to schedule
a free one on one consultation.